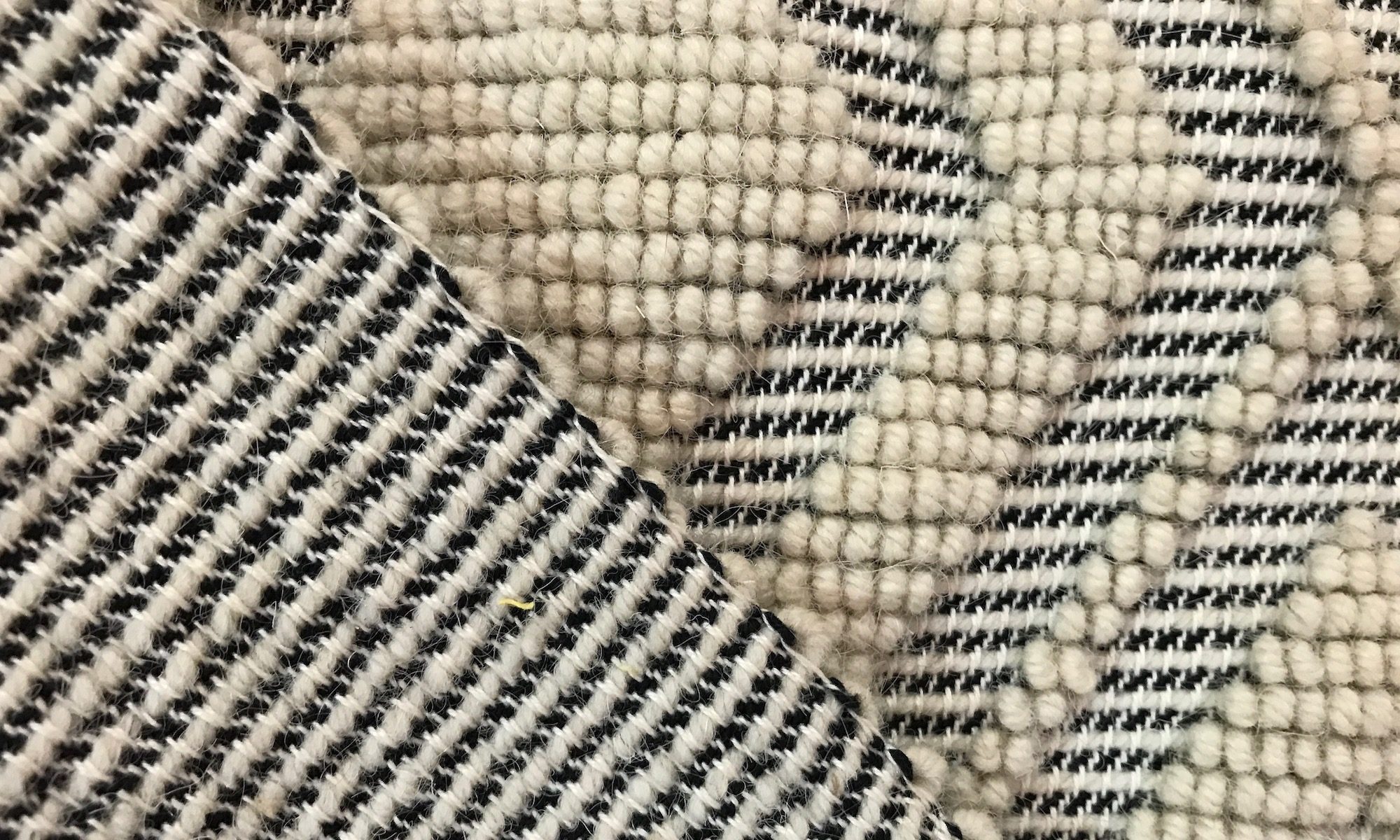 The various traditions and styles of handweaving found across the island of Sardinia have important lessons to teach us, lessons that reach beyond the art and craft of handweaving and into the modern world.

On this Mediterranean island roughly the size of Vermont, the tradition of handweaving is legendary. The weavings of Samugheo are arguably the most distinctive: Pibiones, or small bumps of thread creating a raised design on a textile’s surface, are traditional. The weavings of Nule and Aggius, both towns with strong textile traditions, differ in their design and somewhat in their creation. Each of these towns is respected within Sardinia for its unique style of weaving, yet the motifs and techniques characteristic of each town are echoed in the textiles of distant cultures and countries.

When I present Sardinian textiles outside the island, weavers and collectors sometimes see hints of these similarities. The pibiones of Samugheo somewhat resemble boules created by Acadian weavers. The weavings of Nule often incorporate designs similar to textiles made by Native Americans from the Southwest United States and Mexico. The designs of Aggius resemble motifs found in weavings of Poland and Lithuania. The list continues, as the similarities between textiles of different lands are sometimes more apparent than the similarities of textiles from within different areas of Sardinia.

While it’s interesting to ponder the threads of influence strung between geographic regions and traditional cultures across the globe, what I find more striking is something simple yet too often discounted: Whether we talk of languages, architecture, the arts in general, handweaving specifically, or any aspect of this tapestry we call humanity, the origins, influences, techniques, and motifs are interwoven and interdependent.

And in any textile, not one single thread can be tensed, damaged, or removed without changing the integrity of the textile as a whole.