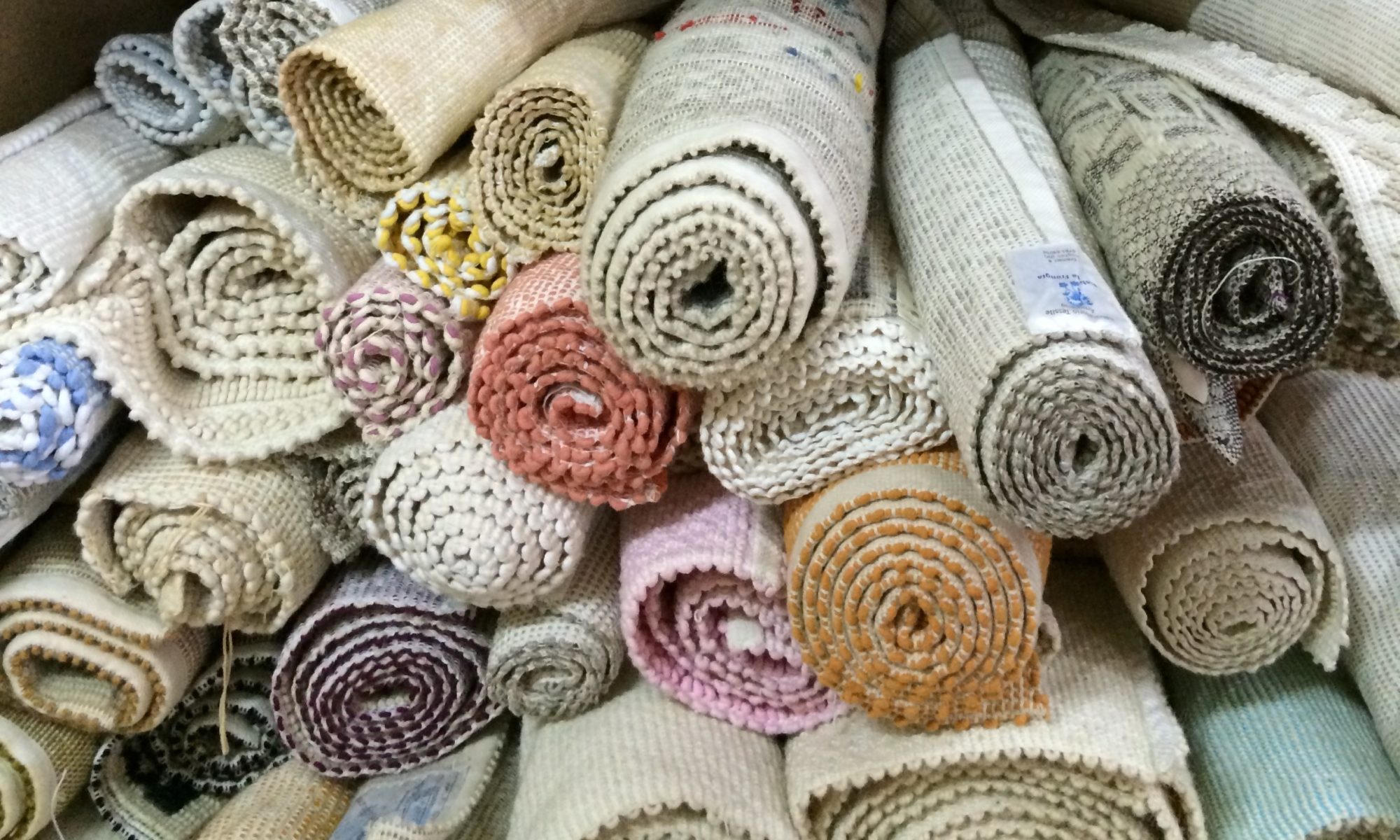 I Want to Weave the Weft of Time grew serendipitously from the love of weaving, great appreciation of the women who continue the nearly-lost tradition of hand weaving in Sardinia, and the desire to share the art, lives, and importance of the weavers with the world.

When I first went to meet the weavers, I didn’t have a videocamera with me: I didn’t intend to film, much less make a documentary.

I wanted to meet the women who were Sardinia’s traditional weavers, learn about their particular weaving tradition, and bring a few textiles back to the United States. After meeting several weavers across the island, I called Isa and asked if I could return to Samugheo to video her, Suzanna, and Anna Maria. I had only my iPad — not the video cameras I had used to capture documentary footage for other projects! At most, I thought I would film a few minutes of the women working and make a 10-minute video to demonstrate the process of weaving.

I ended up filming for several hours that day, and then returned to Sardinia after a few months to visit and capture additional footage for what I still thought would be a very short video.

In the interim, Bruna had met the Frongias. While she lives in a town an hour or two away, Bruna by chance came to visit the Frongias the day I returned to Samugheo to film. As Isa prepared lunch, Bruna agreed to tell me the story of how she came to meet the Frongias and start to learn to weave. Her talk was entirely spontaneous, and absolutely perfect. I couldn’t have better scripted what she said: It was also what I felt about the weavers, their art, their lives, and the role they maintain, not just in terms of maintaining an artistic tradition, but in propagating a way of life that many in the modern world seek.

We filmed in the studio, with the kitchen (and the sounds of food preparation) above. Months later, when I showed Bruna the finished film, she told me she had completely forgotten that she talked with me! She also didn’t realize that the film’s title came directly from her statement, “tessere le trame del tempo”. Bruna forgot she had told me of the dream, and thought the title a coincidence!

As I was editing the footage, friend Ruth Mendelson – an amazing composer of wonderful original scores for documentaries — saw the draft, encouraged me, and agreed to compose and record the soundtrack. Ruth’s enthusiasm and support propelled me, and the truly heartfelt, complex tapestry of music she scored for the film perfectly captures the feeling of the women, the complexity of the weavings, and the mix of ancient and modern cultures that are Sardinia. Ruth’s score carries the film to a level that’s truly synergistic, much more than the sum of its parts.

I hope you’re as enchanted and moved watching this as we were making I Want to Weave the Weft of Time. The women have adopted me as family, and the film is truly a work of the heart.

Visit WeaveWeftofTime.com to see the film!