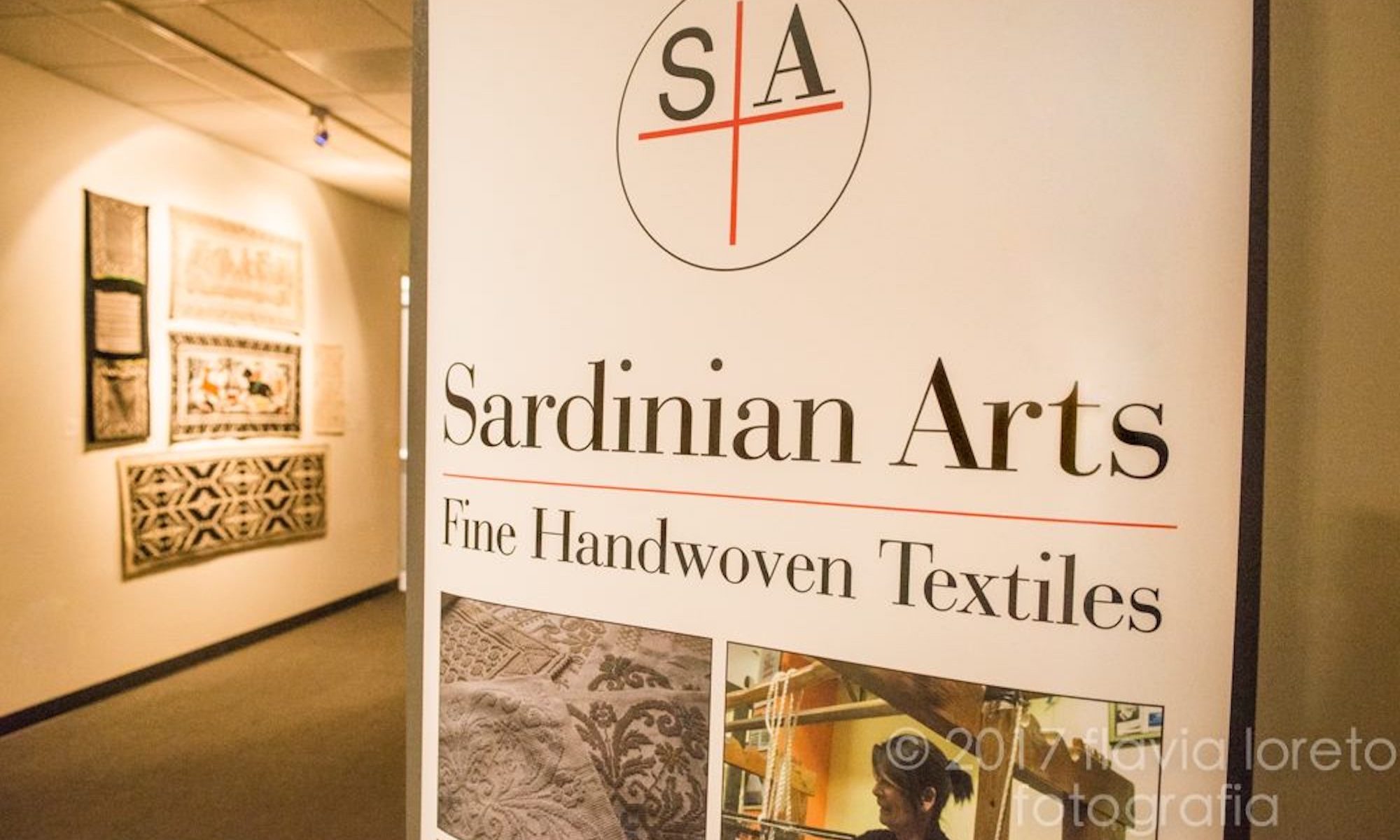 When people learn of Sardinian Textiles: An Exhibit of Handwoven Art, held at the Italian Cultural Institute – San Francisco in winter 2017, I’m usually asked a number of questions about organizing and producing the event. The most common questions are:

How long did it take to organize the show?

Yes, will have another. My plan is to have an exhibit featuring the art of select handweavers with whom I work directly. The exhibit will be held at a private gallery space where textiles will be available for sale. (Due to customs, legal, and other reasons, we were not able to sell textiles at the 2017 event).

How long did it take you to organize the show?

This is the most common of the many questions I’m asked regarding the challenges I encountered putting together the 2017 exhibit of Sardinian handwoven textiles.

I conceived the idea of the show at the beginning of 2014, and in October 2014, I first attempted to meet with Baingio Cuccu, the Director of The Sardinian Regional Textile Museum (MURATS) in Samugheo about my proposal. Although Baingio was not able to meet with me at that time, I emailed him in November, and in December of 2014, I met with Paolo Barlera, then Director of the Italian Cultural Institute – San Francisco (IIC-SF) to propose the show. Paolo was enthusiastic, and I began to solidify the groundwork for the exhibit. I presented the memorandums of understanding (MOUs) outlining key aspects and responsibilities of the exhibit to MURATS and the IIC-SF in March of 2015.

Of course, over the next few years, there were many visits to Sardinia, visits to weavers, and meetings with interested parties, as well as volumes of emails, phone calls, press releases, and paperwork, ending only when all textiles were returned to the weavers in Sardinia after the show. (In addition, I organized a related event, Intrecciati, hosting visiting artist Silvio Betterelli. This event spanned Milano, San Francisco, and other locations, and was a complex project in itself to organize.)

Ultimately, several months before the exhibit, Paolo at the IIC-SF was able to obtain official sanction for the event from the Consulate General of Italy and the Region of Sardinia, which was a deeply appreciated level of recognition for the exhibit. The show opened on January 19, 2017 and ran through February 24, 2017.

While the pathway to the exhibit’s opening night certainly presented many challenges, and the timing and elements of the show were ultimately a bit different from what I had initially envisioned, I and many others consider the show was a success. Many people were to thank for their participation; see this page, where I expressed my gratitude to everyone!

While I am not posting every milestone date or key detail of the nearly three-year road to realizing the exhibit, I am posting below the dates of the initial meetings and the MOUs, as they are a bit of history.

For history’s sake, copies of the key agreements are attached.

Thanks again to all who helped make the show a success!